“Janet Morris, Tempus (1987), and, with Chris Morris, Tempus Unbound (1989), The Sacred Band (2010).
“A fantasy series about the Sacred Band of Stepsons, an elite army modeled on the fourth-century B.C.E. Sacred Band of Thebes. The stories explore the fraught personal relationships of mixed hetero- and homosexual troops, only sometimes paired, as they fight for their commander, the immortal Tempus. Morris includes archaeological and historical details, from physical items to social practices, religion, and philosophy, to create a fantasy world that is, in many ways, more historically accurate than many popular accounts of antiquity.” — Robert W. Cape, Jr, in Classical Traditions in Science Fiction, Brett M. Rogers & Benjamin Eldon Stevens, eds.,  Oxford University Press

The Sacred Band series of books by Janet Morris and Chris Morris have been cult sensations for decades. Now three of those books have received a notice close to my heart. 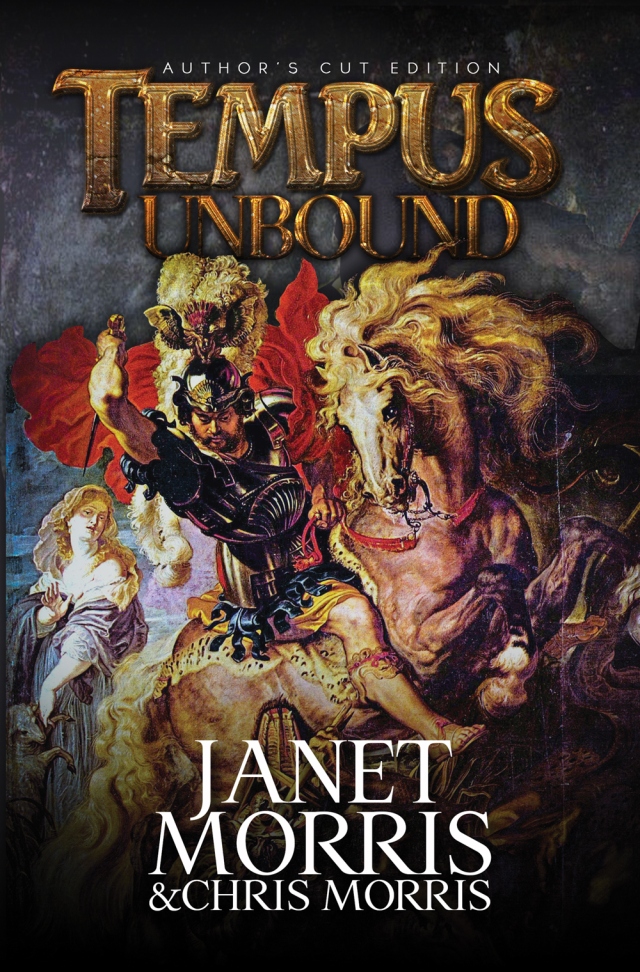 The Tempus Unbound novel has been newly released on Kindle and Nook, and will soon be published in deluxe trade paper and hardback avaiable worldwide.

The Sacred Band novel itself is available in e-book, trade paper, hardback and audiobook:

The Sacred Band audiobook can be found at:

Read a free preview of the Sacred Band here:

And, should you want more Sacred Band of Stepsons stories and novels, the entire series to date is available from:  http://www.theperseidpress.com/?page_id=921

As the Sacred Banders say, “Life to you, and everlasting glory.”

Excellent thriller, March 3, 2017
By
J. Jonas
This review is from: THE FORTY-MINUTE WAR (Kindle Edition)

The Forty-Minute War is a novel that crosses genres, effortlessly incorporating elements of speculative fiction, spy thriller, black ops, romance and science fiction. The tale of jihadists setting off a nuclear bomb is as relevant in this updated book as it was when originally written in 1984. The story is timeless, apt for today, possibly even more than it was then.

The reader follows the fortunes of Marc Beck, a charismatic employee of the US State Department, Chris Patrick who is a newspaper journalist and Beck’s love interest, and Ashmead, a hardened CIA operative who leads a team of counter-terror black ops assassins. Together they weave in and out of a taut story and the tension makes the book hard to put down. There are twists and turns in this book that keep the reader gripped to the end. The characters live and breathe and I felt their pain, their tears, their love and their black humour.

The writing, as always regarding these authors, is excellent. As a devotee of novels by John Le Carre I never thought I would find authors writing in a similar genre who have the same wordsmith qualities as Le Carre, yet here they are. The depth, pace and quality of the book is certainly on equal terms. Underscoring the fast pace is the voice of authenticity and experience which lends credibility, giving fascinating insights into black ops in a Middle Eastern setting.

Highly recommended, and it deserves to be better known. 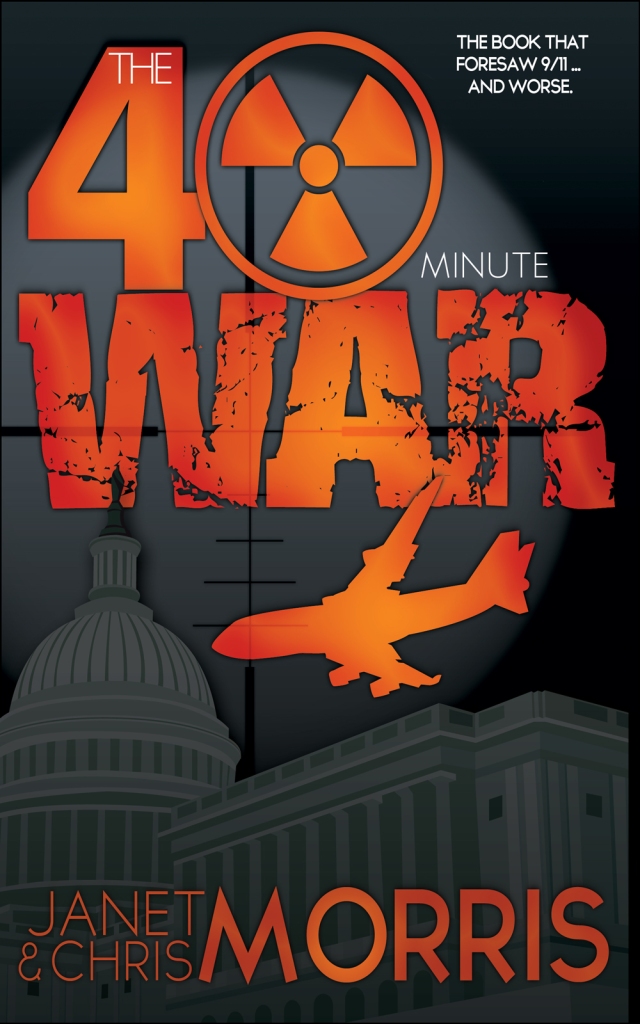 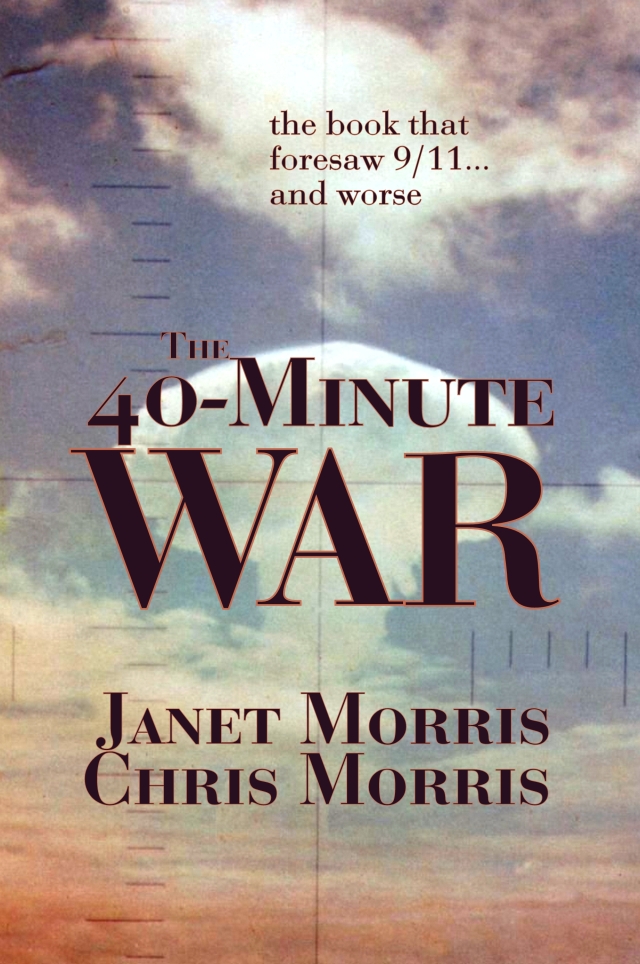 Historical Fiction that is Unafraid of History, February 27, 2017
By
Peru Editor
This review is from: I, the Sun (Kindle Edition)
”

I, the Sun, the life and times of Suppiluliumas I, the greatest Hittite king. In deluxe trade, ebook, and as an audiobook narrated by Christopher Crosby Morris

Unlike most historical novels, ‘I, the Sun’ does not try to impose modern morality upon an ancient civilization. After all, what is the point of claiming to be a work of “historical fiction” if you are bound by the preconceptions of modern times? However, that aspiration is easier to state than to achieve, and many authors end up failing in their quest for historical accuracy in favor of creating a mass media narrative. As a result, the market is flooded with so-called historical novels that are in no way representative of whatever era they examine.

In this work, Janet Morris has made some courageous choices. Above all else she strives to embrace the brutality and social norms of an era that took place fourteen hundred years before Christ. The book is, in many ways, an intelligence test for those who come upon it. Wittingly or not, readers seek nothing more than the same old “Disney approved” prepackaged plot set in a different historical landscape. That’s not what you’re going to get with ‘I, the Sun.’

One of the most common complaints about modern heroic writing is that there aren’t enough female characters. But too often, authors simply take a male character and give him a female name in order to satisfy gimmicks like the Bechdel test. But what the Bechdel test fails to account for is the existence of realistic women who are engaged in plausible, gender related issues. It’s easy to write a “superhero” female character. But it’s far more interesting to show a powerful woman who manages to exert her influence although she is subjected to a powerless social role.

The women of ‘I, the Sun’ are fascinating, and in many ways they are more interesting than the titular character. They are mothers, slaves, prostitutes and witches, and they conduct themselves with strategic intelligence and a tremendous survival instinct. They fight tooth and claw in darkness and lose often, just like real people.

The prevalence of brutal actions in this book will rightfully make the reader squirm, but engaging in the intellectual exercise of examining the consequences of historical thinking is exactly the point. What are the effects of living in a cruel society, not just the torments of the moment but the prolonged mental burden of surviving within such a world? That’s the theme that Janet Morris bravely tackles in ‘I, the Sun.’ Are her conclusions correct? Who knows? But this novel does indisputably embrace the hard questions of a specific historical age and wrestles with them with intellectual honesty even at the risk of alienating overly delicate readers. The result is a remarkable novel, beautifully written, that will linger with you long after you’ve closed the cover.”

Amazon: trade paper: https://www.amazon.com/I-Sun-Janet-Morris/dp/0991465458/
Audible.com audio book: http://www.audible.com/pd/Fiction/I-the-Sun-Audiobook/B00Z6IW00O/
Amazon Kindle:  https://www.amazon.com/I-Sun-Janet-Morris-ebook/
Also available from Barnes & Noble and Nook, as well as wherever ebooks and paper books are sold.
The Ancient Near East comes to life in I, the Sun.

From the annals of the ancient Hittite king, Suppiluliumas, from the Amarna Letters of Egypt and the court records of a wealth of “lost” civilizations, comes this saga of kingship and greatness, love and death, politics and treachery in the second millennium, BCE. Beyond a few cursory references to the Hittites in the Bible, for thousands of years nothing has been known of this first mighty Indo-European culture.

Now, based on translations of the ancient texts themselves, comes the story of Suppiluliumas, Great King, Favorite of the Storm God, King of Hatti, who by his own count fathered forty-four kings and conquered as many nations, who brought even mighty Egypt to her knees. Tutankhamen’s widow sent him an urgent letter begging for a son of his to make her husband. The earliest Hebrews knew him as their protector. The entire Mediterranean world revered and feared him.

But although he conquered armies, countries, and even foreign gods, he could not conquer his love for the one woman fate denied him, the Great Queen Khinti. With the exception of a single slave girl, every prince and general, mercenary and scribe, princess and potentate chronicled in these pages actually lived, loved and died nearly fourteen hundred years before Christ.

Now they live again in I, the Sun.

Read the recent review of I, the Sun from Black Gate Magazine.

Get the book at these sites:

The 40-Minute War takes you on an adventure that begins when terrorists attack  Washington with nuclear weapons. Immediately, an incompetent US government orders a nuclear retaliation. In the aftermath, when the entire US goes dark, only a girl reporter and a State Department intelligence officer in Tel Aviv, aided by Israeli counter-terrorists, have a chance of saving our civilization . . .

Now in audiobook as well as hardcover, trade, and e-book formats: